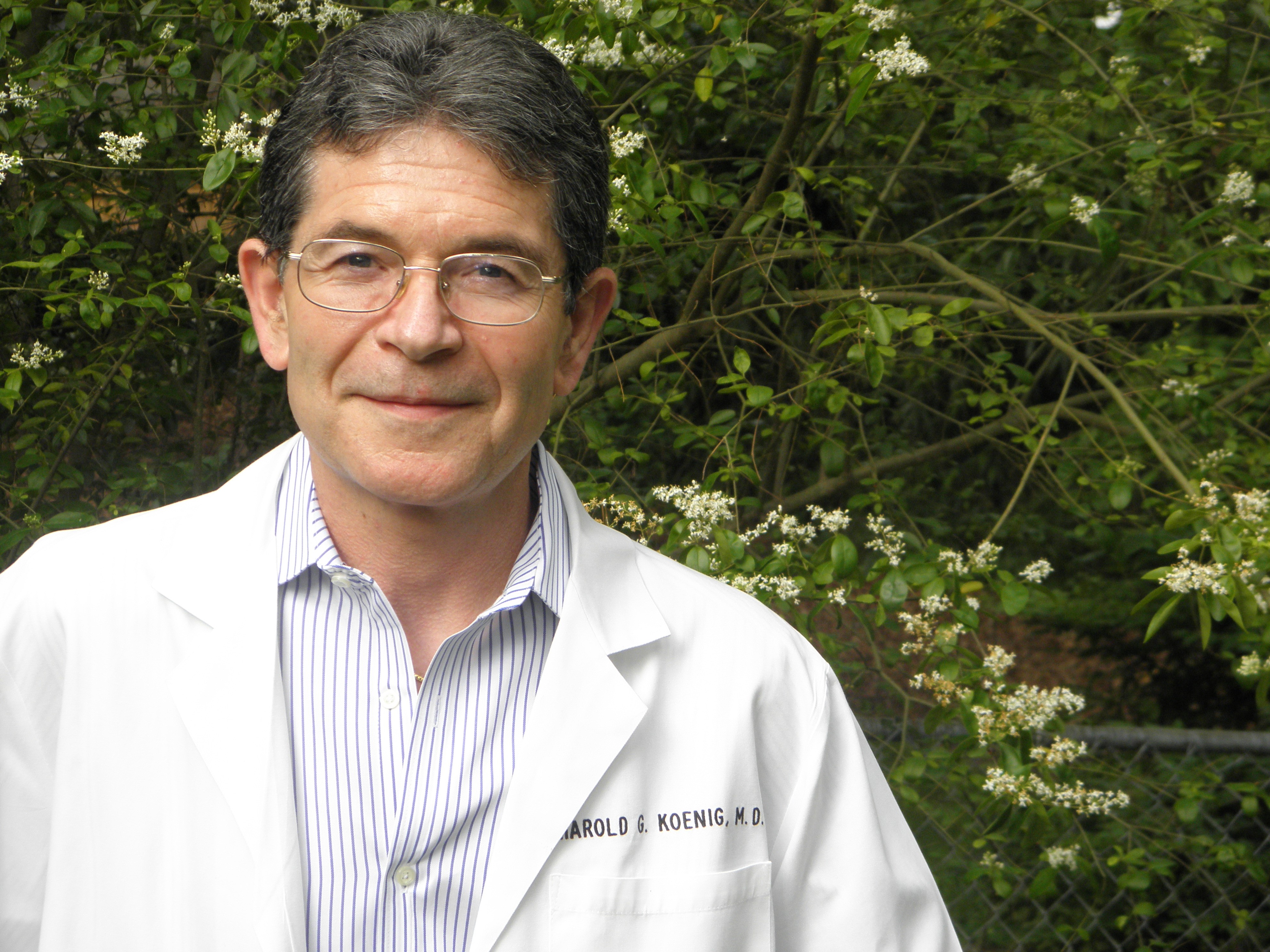 Dr. Koenig completed his undergraduate education at Stanford University, his medical school training at the University of California at San Francisco, and his geriatric medicine, psychiatry, and biostatistics training at Duke University. He is board certified in general psychiatry, and is formerly board certified in family medicine, geriatric medicine, and geriatric psychiatry, and years ago he was a registered nurse. He joined the Duke faculty in psychiatry in 1992, and is now Professor of Psychiatry and Behavioral Sciences and Associate Professor of Medicine. He founded the Center for Spirituality, Theology and Health at Duke in 1998, and has directed or co-directed that center since then. Due to research with colleagues in this subject area from other countries, he is also an Adjunct Professor on the medical faculty of King Abdulaziz University in Jeddah, Saudi Arabia, and on the school of public health faculty at Ningxia Medical University, Yinchuan, People’s Republic of China. Most of what he does these days is conduct research and train others to conduct research on religion, spirituality and health. Dr. Koenig now has close to 500 scientific peer-reviewed articles and book chapters, and has authored or co-authored over 40 books. His research on religion, health and ethical issues in medicine has been featured on many national and international TV news programs (including ABC’s World News Tonight, The Today Show [twice], Good Morning America [twice[, Dr. Oz Show, and NBC Nightly News). He has spoken on more than a hundred national or international radio programs, and has been cited in Reader’s Digest, Parade Magazine, Newsweek, Time, and Guidepost, and has given testimony before the U.S. Senate (1998) and U.S. House of Representatives (2008) concerning the benefits of religion and spirituality on public health. In 2012, he received the 2012 Oskar Pfister Award from the American Psychiatric Association and in 2013 the Gary Collins Award from the American Association of Christian Counselors. His latest book is Health and Well-being in Islamic Societies (Springer, 2014), which compares the belief systems in Islam and Christianity and reviews the research on these faith traditions and health.