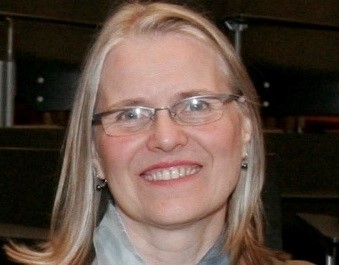 Lynn Underwood is currently doing research, writing and strategic consulting for academic presses, governmental organizations, foundations, and journals from a consulting firm, Research Integration, as well as conducting workshops. Most recently she was Professor of Biomedical Humanities at Hiram College. Her current research consulting includes projects with Harvard University and the University of Connecticut. Elected Fellow of the Academy of Behavioral Medicine Research, she was a member of the Advisory Board of the National Center for Rehabilitation Research of the NIH, a member of a working group on the Stigma of Mental Illness with the National Institute of Mental Health, and Behavioral Factors and Health with the National Science Foundation, and a Liberty Fund project on Human Freedom and Neurosurgery. Awarded a Library of Congress Kluge Fellowship, and a member of the Templeton Advisory Board for many years, she has been a member of the European Research Network, contributing work on the Nature of the Human Person in Dire Circumstances, which addressed neurological, psychological and spiritual issues in that context.

She has co-edited The Science of Compassionate Love: Theory, Research and Applications (Wiley-Blackwell 2009), Measuring Stress: A Guide for Health and Social Scientists (Oxford University Press, 1997); Social Support Measurement and Intervention: A Guide for Health and Social Scientists (Oxford, 2000); Altruism and Altruistic Love: Science, Philosophy and Religion in Dialogue (Oxford, 2002) and Relational Processes and DSM-V: Neuroscience, Assessment, Prevention, and Treatment (2006). Recent articles include those on the Daily Spiritual Experience Scale (DSES, DSE Scale), a measure she developed which is being used worldwide (including translation into 40 languages), an article on the doctor-patient relationship, a qualitative study of compassionate love in Christian monks, a publication on the methodology of self-report in the social sciences, and an article on the nature of time in clinical medicine. She recently wrote a book on the DSE Scale, for professional and person use, Spiritual Connection in Daily Life (2012) and her website is lynnunderwood.com

Serving as Vice President for an endowed operating foundation, the Fetzer Institute, she initiated and developed a research program from 1992 – 2004 to study the psychosocial and spiritual aspects of health. In this capacity in 1994 she pulled together a meeting at the National Institute on Aging on Conceptual and Methodological issues in Religion, Health and Aging. Outcomes from that meeting included a joint working group on measurement issues, a general increase in attention to quality of work produced, and increased funding by the NIA and others in this area. In 1995 she led the co-sponsorship of a meeting on Religion, Spirituality and Disability with the NIH (NICHD), following that up with an RFP (request for proposals). In 1997-99 she led a joint initiative with the National Institute on Alcoholism (NIAAA) at the NIH on Spirituality, Religion and Alcohol Research that resulted in a $3M joint RFP with the NIAAA. Other areas supported by RFP’s she developed include the role of Spirituality/Religiousness in End of Life research, Measurement issues in Spirituality and Religiousness, and Compassionate Love Research. She has also worked with the World Health Organization on a quality of life measure that includes a spiritual/religious dimension.

Her Ph.D. is in Epidemiology from Queen’s University in the United Kingdom, following on from basic sciences and clinical training in the School of Medicine, University of Iowa. Her work in cancer epidemiology over 10 years involved the implementation of an educational intervention for malignant melanoma that significantly improved survival.