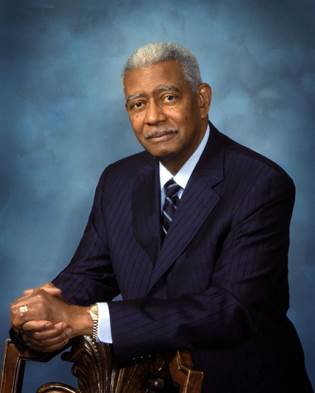 Theologian, pastor and civic leader, the Rev. Dr. Otis Moss, Jr. is one of America’s most influential leaders. In 2008, Reverend Moss retired from Olivet Institutional Baptist Church located in Cleveland, Ohio, following thirty-three years of distinguished service. He served earlier as co-pastor with Rev. Martin Luther King, Sr., at the Ebenezer Baptist Church in Atlanta, GA. Dr. Moss served as Chairman of the Morehouse College Board of Trustees for over ten years. He served as board member and Regional Director of the SCLC during Dr. King’s tenure as founding president. Rev. Moss served as special advisor to former President Carter at Camp David. In 1994 he was a special guest of President Clinton at the Peace Treaty signing between Israel and Jordan. He served as President Obama’s White House Office of Faith-Based and Neighborhood Partnership Council. Rev. Moss was inducted into the 2007 Class of the International Civil Rights Walk of Fame, and was twice named by Ebony Magazine as one of America’s Greatest Black Preachers. He holds eight honorary degrees. Morehouse College named their newest dormitory suites in honor of Rev. Moss. In 2007 Rev. Moss’s footprints were implanted in the International Walk of Fame in Atlanta in the M.L.K. Jr. Historic District. In 2012 Rev. Moss was inducted into the Ohio Civil Rights Hall of Fame. He is widely identified by Oprah Winfrey as her spiritual mentor.