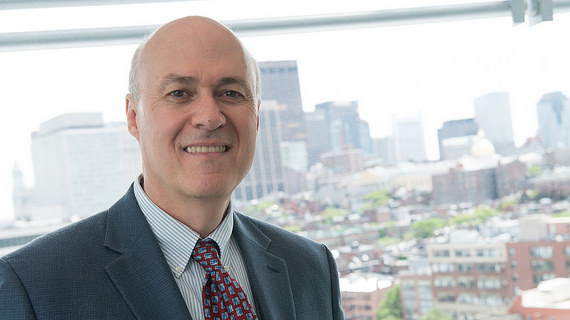 He is board certified in psychiatry and has added qualifications in geriatric psychiatry.

Dr. Fricchione has been an active researcher and has published over seventy journal articles since 1983. He is a co-author of the MGH Handbook on General Hospital Psychiatry (2004) and Catatonia: From Psychopathology to Neurobiology (2004) and an upcoming book on the connection between depression and heart disease.

Dr. Fricchione studies the analysis and synthesis of biological, psychological, sociological, spiritual and religious aspects of the human developmental trajectory that may serve to foster unlimited love.

Byron Johnson is Distinguished Professor of the Social Sciences at Baylor University. He is the founding director of the Baylor Institute for Studies of Religion (ISR) as well as director of the Program on Prosocial Behavior. He is a Senior Fellow at the Witherspoon Institute (Princeton), Senior Research Scholar at the Institute for Jewish and Community Research (San Francisco), and chief advisor for the Center for the Study of Religion and Chinese Society, Peking University (Beijing). Before joining the faculty at Baylor University, Johnson directed research centers at Vanderbilt University and the University of Pennsylvania. Professor Johnson recently completed a series of empirical studies for the Department of Justice on the role of religion in prosocial youth behavior and is a member of the Coordinating Council for Juvenile Justice and Delinquency Prevention (Presidential Appointment). He is recognized as a leading authority on the scientific study of religion, the efficacy of faith-based organizations, domestic violence, and criminal justice. Recent publications have examined the impact of faith-based programs on recidivism reduction and prisoner reentry and his new book, More God, Less Crime, was released in April 2011. He is working with the Gallup Organization on studies exploring religion and spirituality in the world. He is the 2013 Lone Star Big Brother of the year for Big Brothers Big Sisters of Texas.

Dr. Johnson studies the social scientific study of love and altruism with an emphasis on the impact, if any, of religious commitment and spirituality on a wide number of social outcomes including social capital and civic engagement. The role of faith-based communities and their activities in relation to the spiritual ideal of Unlimited Love is also of particular interest.

Both biomedical scientist and religious scholar, Dr. Jeff Levin is an internationally known writer, a dynamic and authoritative speaker, and a widely respected researcher working at the interface of religion, science, and medicine. His research and writing for over 25 years have been instrumental in broadening the perspectives of social scientists, physicians, and public health professionals about the connections among body, mind, and spirit.

Dr. Levin is a pioneer in the field known as the epidemiology of religion—the scientific study of how characteristics and expressions of religious faith and practice serve to prevent morbidity and mortality and to promote health and well-being. His most recent investigations involve study of (a) the influence of religion on population health and aging, (b) theories of healing and the work of healers, (c) social and epidemiologic research on Judaism and Jewish populations, and (d) the role of faith-based resources in public health and healthcare policy.

Through his work, Dr. Levin has sought to establish the foundations for a new paradigm in biomedical science—one he terms theosomatic medicine. According to this perspective, “everything in existence—inside and outside of our bodies, from the smallest molecule to the actions of a loving God—is fair game for research on how and why people stay well, become ill, and get better.”

Michael E. McCullough, Ph.D., is a professor of psychology at the University of Miami, where he directs the Laboratory for Social and Clinical Psychology. He is also the author of Beyond Revenge: The Evolution of the Forgiveness Instinct. He focuses onanalysis of other-regarding virtues and their relationships to health and well-being. 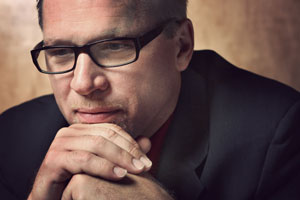 Thomas Jay Oord is a theologian, philosopher, and scholar of multi-disciplinary studies. He is the author or editor of more than twenty books and professor at Northwest Nazarene University, Nampa, Idaho. Oord is known for his contributions to research on love, relational theology, science and religion, Wesleyan/Holiness/Church of the Nazarene thought, Evangelical theology, and postmodernism.

Oord was raised on a farm in the small farming community of Othello, Washington. He attended Northwest Nazarene College and graduated in 1988. After four years in pastoral ministry in Walla Walla, Washington, he attended Nazarene Theological Seminary in Kansas City, Missouri. Upon graduating with a Masters of Divinity, he attended Claremont Graduate University in Southern California. He earned a Masters of Arts in Religion and a Ph.D. at Claremont. While pursuing graduate studies, he was a part-time associate pastor in Bloomington, Ca. Oord taught philosophy at Eastern Nazarene College for three years. In 2002, he returned to the Northwest to teach at his undergraduate alma mater.

Jeffrey P. Schloss received his undergraduate training in philosophy at University of the Pacific and in biology at Wheaton College. He pursued post baccalaureate training in ecology and evolutionary biology at University of Virginia, University of Michigan, and Washington University, where he received a Ph.D. in 1983. He has taught at the University of Michigan, Wheaton College, Jaguar Creek Rainforest Research Station, and Westmont College, where he is currently Professor of Biology. He also serves as Director of Biological Programs for the Christian Environmental Association and science consultant for the Christian College Coalition Faculty Development Program in Faith & Learning. He has been a Danforth Fellow, a AAAS Fellow in Science Communication and a Fellow of the Discovery Institute. His dual research interests include ecophysiological adaptions of poikilohydric plants to forest microclimate, and sociobiological theories of human altruism and religious faith.